Douglas Sloan is a documentary filmmaker and commercial director who has received numerous prestigious awards for his independent short films and commercial work.

He is currently a Sundance Institute grantee for the development of the feature documentary focused on the iconic Eddie Adam’s execution photograph from the Vietnam War era. The feature film will be based on his short film SAIGON ’68 which garnered three Best Documentary awards at Academy Awards accredited festivals and the CINE Special Jury Award in 2014. The short film was also the centerpiece of special event screenings at the DOCNYC festival and the Human Rights Arts and Film Festival: Australia.

Sloan created six other short films within the past seven years including works on Cindy Sherman, Annie Leibovitz, Elliott Erwitt, John G. Morris, Mark Rothko and The Jazz Passengers. The Elliott Erwitt film “I Bark At Dogs” received multiple Best Documentary and Best Doc Audience Awards. His film William Klein: Out of Necessity was broadcast on PBS in 2009.

On the commercial front Sloan is the founder Icontent, a highly recognized creative production company based in New York whose clients are some of most prestigious brands in the world. Sloan and the company have received over 100 various production awards for broadcast and digital work including twenty-six CINE awards for directorial excellence in film.

Douglas lives in NYC with his wife Diane and two children Maxwell and Mica. 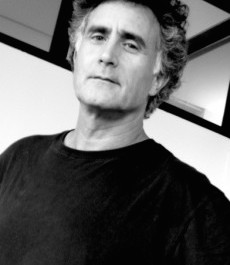